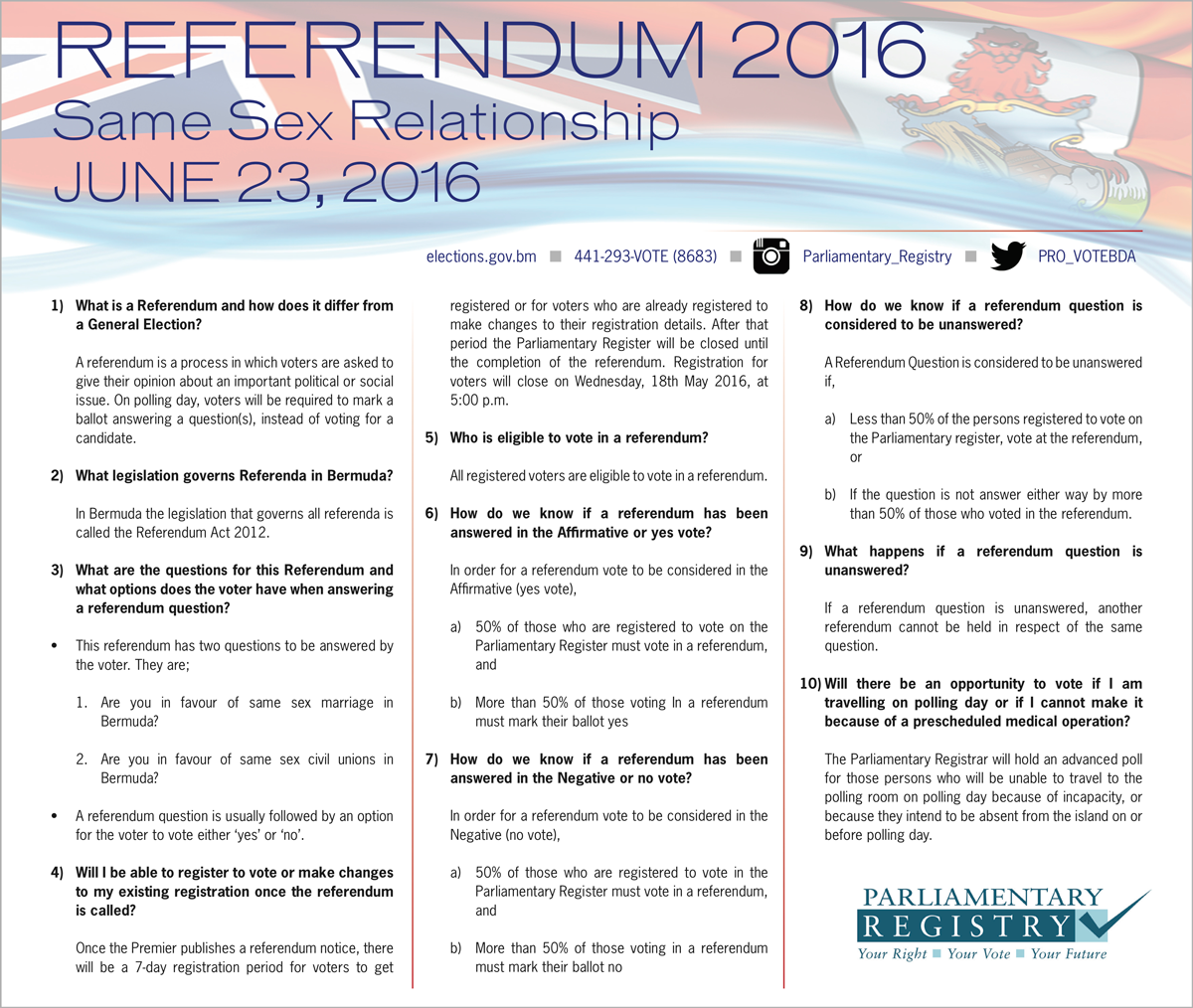 Click to view the map here, hover over your constituency to find out what region you are apart of and polling station for that region..

Any Voter who intends to vote in advance must bring a valid photo ID (passport or driver’s license), along with proof that they will be absent from Bermuda on polling day (i.e. itinerary receipt issued by an airlines or travel agency). All travel documents must indicate that the ticket has been paid for and is confirmed.

Any voter who is unlikely or unable by reason of illness, infirmity or disability to travel to the polling room on polling day, may apply to the Chief Medical Office at the Hamilton Health Clinic. Please call ahead for an appointment to avoid long waiting times on 278-4900.

For this referendum the 36 constituencies will be broken into 12 regions, each region containing 3 constituencies. Check the list below to see which Region your constituency would fall under.